My experience is that many people are against the Catholic Church based on the version of the Church that they have in their mind.  So the arguments that many people come up with don’t really challenge the true teaching of the Catholic Church.  One issue that many protestant people have trouble with is the concept of purgatory.  Whilst I must declare that I don’t really believe in the purgatory that many Catholic’s claim to believe in, I did find a quote about the work of the then Cardinal Ratzingers very interesting:

“Building on 1 Corinthians 3, Ratzinger argued that the Lord Himself is the fire of judgement, which transforms us as he conforms us to his glorious, resurrected body. This happens not during a long drawn out process but in the moment of final judgement itself. By thus linking purgatory to Jesus Christ himself as the eschatological fire, Ratizinger detached the doctrine of purgatory from the concept of an intermediate state” Quoted from page 167 of Surprised by Hope by NT Wright.

NT Wright claims both Pope Benedict (Ratzinger) and Karl Rahner have moved Catholic Teaching on purgatory away from the understanding that many people criticise the Church for.  Which made me think about one very important rule for understanding the Catholic Church:

Just because a Catholic said something doesn’t make it Catholic Teaching.  This goes for all the liberal and conservative web pages, blogs, podcasts and books out in the market.  In fact just because something is popular doesn’t make it official church teaching.  If you really want to understand the truth about what the Catholic Church teaches don’t google it, go to the official teaching of the Church, starting at http://www.vatican.va.  If someone doesn’t agree with this then at least they disagree with the official teaching not some youtube version of church teaching.

The difference in Evangelical circles is that the opinions of current books, blogs and popular preachers has more weight in defining what the church stands for because there is no “official church teaching”.  For example the work of Tim Keller from Redeemer Church in New York is very popular amongst Evangelicals even though not all Evangelicals are Presbyterian.  The work of NT Wright, an Anglican is well regarded but not all Evangelical Anglicans agree with his arguments.  Mark Driscoll’s books and podcast are very popular yet not many people would list his views as normative for Evangelicals.   So in the cross denominational world of Evanglicals there are popular authors and preachers yet there is no official church teaching.

Whilst this may be a little off topic for this blog, I think this is very important at the moment as there is so much information spreading across the web about what Pope Francis will or won’t do.  Is he a liberal or conservative, evangelical, social justice advocate, liturgically simple or just a nice guy doing his best? As ministry leaders we have a responsibility to build unity in the Body of Christ, not to continue uninformed positions.  So as the ministry of Pope Francis unfolds please check your sources and try to build unity in the Body of Christ.

And I should declare that I know that I am not the source of official church teaching so I will apply the same advice to myself too.  Please leave a comment.

As the London 2012 Closing Ceremony is finishing off I am reminded that I don’t get up early for any other sporting event.  In fact most of the people I mix with either don’t talk about any sport or they only talk about football, except during the Olympic.  Over the weekend I had conversations with people about almost every Olympic sport, yes even rhythmic gymnastics and nobody talks about that ever.  So why is it that every four years we become sports fans and then crawl back into normal life for another four years?  Nobody will be getting up early to watch Sally Pearson in three weeks time to run at her next athletics meet.

Here are three reasons that people love the Olympics:

In some way the Olympics is more than just a sporting event.  The Stadium that was packed with spectators to watch the 10 heats of some athletics event this week will be empty next week.  It seems we can focus our attention at this time but we can’t live like that for ever.  We celebrate the high points because we don’t have to always live at that level.

Without wanting to sound too much like I have the rose-coloured glasses on, I do realise that there are three reasons why people don’t watch the Olympics:

That is my thoughts as the Olympics wraps up.  Whilst I may have appeared to be an expert on swimming, sailing, cycling or athletics for the past 16 days, I will return to being the novice I really am.  I won’t watch Sally in three weeks and I won’t care about diving, gymnastics, sailing or badminton any longer.  But I will take an interest in the success of others because if the Olympics has taught me anything it is that we must celebrate the success of others and not always focus on ourselves.

If you are wondering why this topic might appear on the Mark of Faith blog about faith, ministry and leaders look at the three reasons mentioned above.  We like our church to be successful, we like to see our theology as pure and we are part of God’s bigger story. 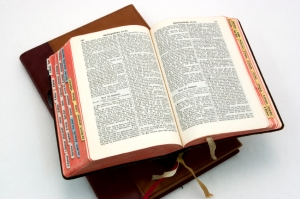 It seems that some people look at these literary tools as “errors” in the bible but when it happens in modern movies we all call these “flashbacks”.  Whilst I use this term here I have to be careful because the ancient writers didn’t use the term “flashbacks”.  However if you want to explain some literary tools of the bible in terms that young people might understand then you can suggest the parallel to flash backs in modern movies.

For example in the movie Tinker Tailor Soldier Spy we see one character go into an optometrist to get a new pair of glasses.  Whilst the scene is quiet boring and might seem unimportant, the film maker uses the two different set of eyewear to show different periods of time in flashbacks.  When the character is wearing the old set of glasses the audience knows it is a flashback without the date having to appear on the screen.

So flashback to the example in Judges, the author is reminding the reader that Joshua sent out the nations to fill Canaan because it explains the problems Israel faced in chapter 1 and the rest of the book.  So Judges 2:6-8 is like a mini flashback to remind the reader of an important point for interpreting the future chapters.

Likewise with the earlier reference to Genesis 10 and 11.  In Genesis 10 the author is showing what happened after the flood involving Noah and so finishes the narrative with the people filling all the earth, which would have taken some time.  In Genesis 11 the author has a flashback account to explain why the people dispersed rather than stay together in the one place.  This is not a chronological error in the bible, simply a literary tool that the author uses to tell compelling accounts of God and God’s people.

What other “flashbacks” can you see in the Bible?  Leave a comment.

Welcome to my website.  There are a number of areas for you to check out

I hope that you enjoy your time here, come back often.

Check out the Archive